Every year we host alumni events on campus and around Hong Kong to bring our alumni together. We also provide support for individual classes planning their next class reunion so email us for help to locate classmates, promote your next class reunion and is possible lead a tour and visit to HKIS. Don't forget to check back for information on upcoming homecoming events and class reunions!

The first ever graduating classes of HKIS, classes of 1968 & 1969, celebrated their 50th class reunion in Seattle, WA from July 19-21, 2019. There was a truly impressive turnout from both classes and the first Head of School, Bob Christian, also attended to share this special occasion with his former students. One alum commented that she hadn't seen many of her classmates since the day she graduated in 1969. Despite the passing of more than 50 years, the classmates quickly seized the wonderful opportunity to reminisce about their days at HKIS, relive their favorite stories as well as remember and honor those classmates that have passed on. A very secial thank you to Christy (McCaskill) Wendell '69 for her countless hours organizing and hosting this terrific event.

Walter Loh, Anne Kwok, Shik Ming Chow, Mark Kwok, Leslie and Ann Chao from New York all met for lunch on March 19, 2019 at Jimmy’s Kitchen, one of the few institutions still around since the ’70s. The youngest looking hosted us… thank you, Walter. Suzie Oh and Scott Clayton tried to join us.

We reminisced about the good old days and got caught up on our latest news: Kids graduating from high school, kids engaged, grandchildren, a new fishery in Australia, and a new Ferrari. It was sad to hear about five classmates out of our graduating class of 48 who are no longer with us: Jim McLeroy, Victor Lok, Alison Chow, Margaret Kwok & Toni Ketterer.  We concluded we must enjoy life to the fullest with Baked Alaska, and, at our age, HKIS reunions should be held at least every 5 years, not 10!

A fun group of alumni gathered on Thursday, March 14, 2019 at Paradise Dynasty in Causeway Bay to enjoy delicious Chinese food including the famous multi-colored Xiao Long Bao at our alumni Decades Dinner.  There were alumni spanning the last 3 decades and a nice representation from the class of 1994. Thanks to all alumni who joined and look forward to seeing you at our next event. 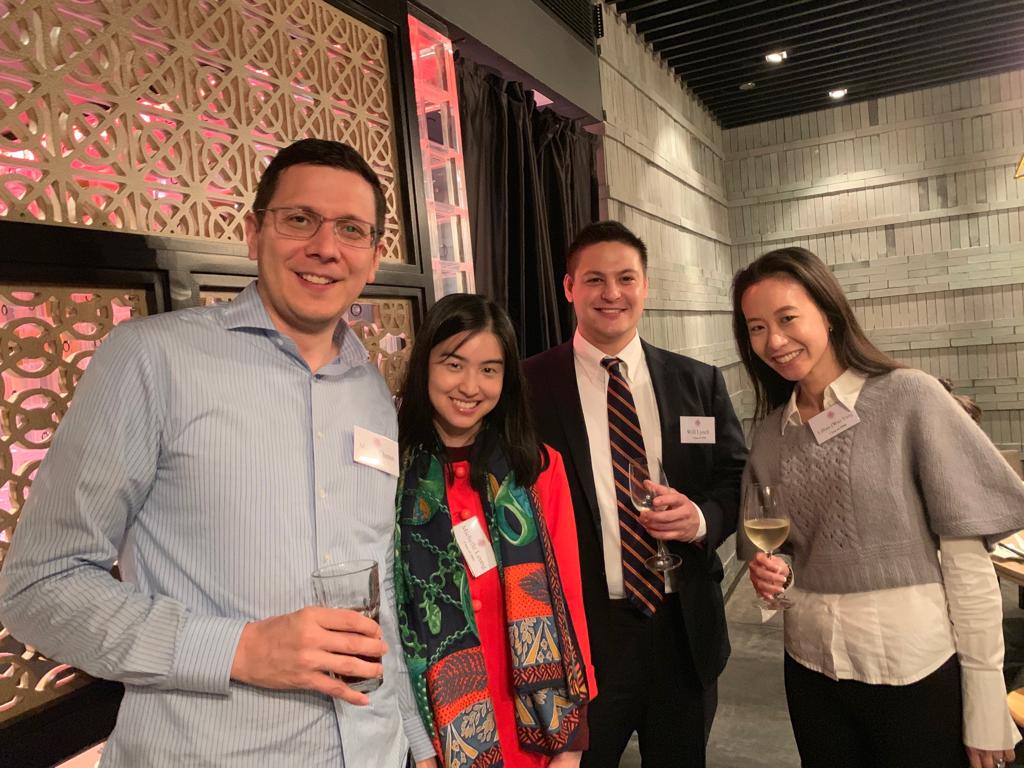 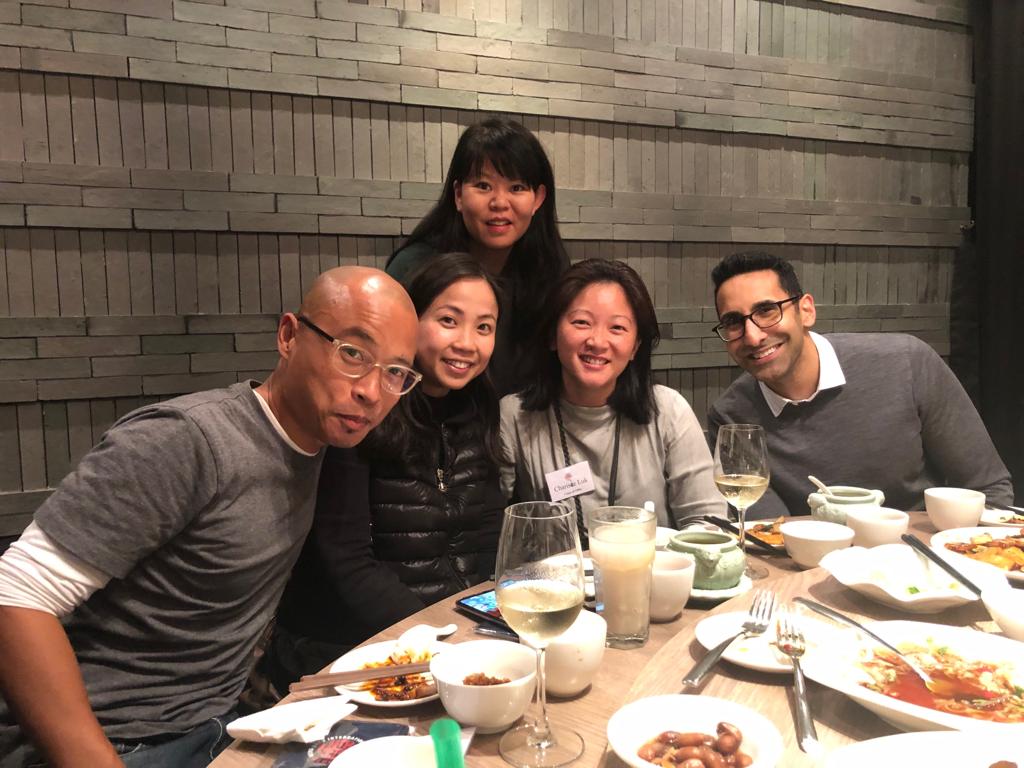 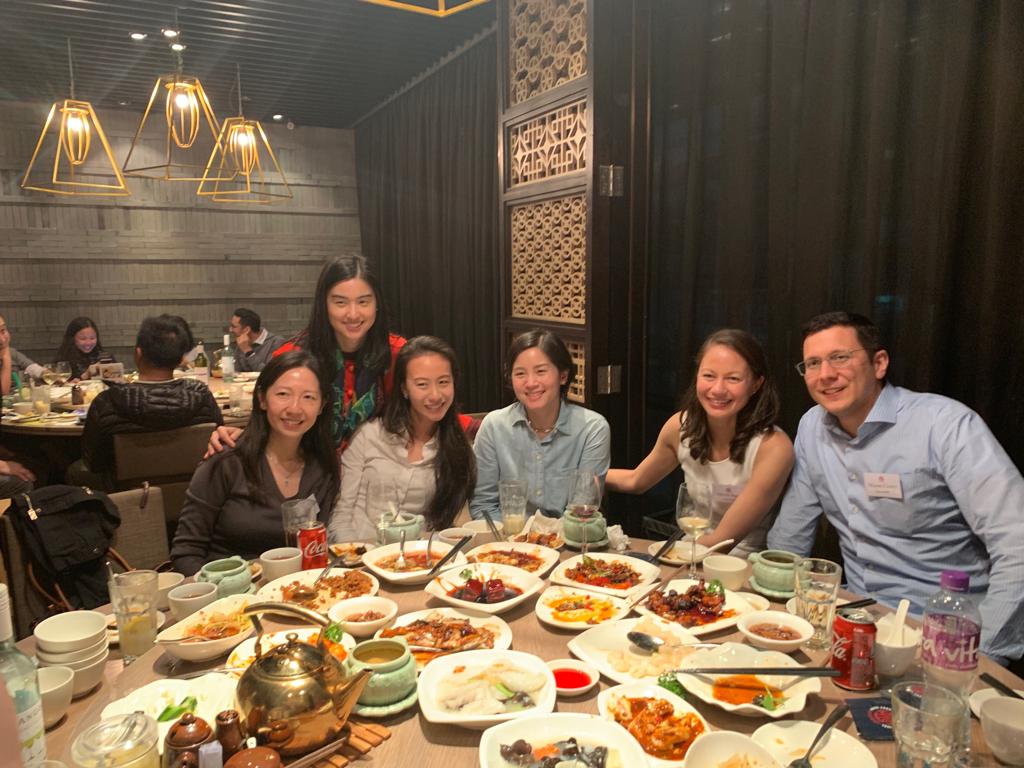 The Class of 1988 held its 30th reunion on June 14-17, 2018 in Hong Kong. Over 120 classmates, families, and friends from Hong Kong, San Francisco, L.A., New York, Chicago, Seattle, and other parts of the US as well as Brazil, Sweden, Mexico, UK, South Africa, China, Singapore, Taiwan, gathered to celebrate our graduation and friendship.

It was a packed itinerary that included the Aqualuna Harbour Boat Tour, cocktails at the American Club in Central, Campus tours of the new Lower Primary school and the Tai Tam Campus, Celebration dinner at the American Club in Tai Tam, Dim Sum at City Hall, Peak walk, Tram party, dinner at the famous Tung Po in North Point, and a Hong Kong yacht tour.

It was great to be able to pick up where we all left off and meet spouses, partners, kids, and new friends. In addition to celebrating, the class came together to sponsor the Annual Fund by naming an HKIS tree at the Tai Tam campus. As you can see from the pictures below, the class of 1988 still knows how to celebrate! We can't wait for our 35th!

Class of ’88 20th Reunion in Hong Kong and Nashville, TN

Over 45 members of the class of 1998 and their families gathered in Hong Kong the weekend of July 7, 2018, to celebrate our milestone 20th reunion. It was exciting to see so many familiar faces, with several making the long trip over from the U.S. and other parts of Asia.

The weekend kicked off with a return to Tai Tam, and an exclusive tour of the high school campus led by Jackie Yang (Class of ‘98 and HKIS Annual Fund Manager). Highlights included seeing the impressive new extensions to the campus and the state-of-the-art facilities, as well as meeting spouses and toddlers who very well could be next generation Dragons!

Festivities continued in Tai Hang at Bond Restaurant over cocktails and dinner. Our class was delighted to be joined by faculty members Mrs. Janet Taylor, Mr. George Coombs, Mr. Marty Schmidt, Mrs. Zella Talbot, and Mrs. Kho to reminisce about our days in Tai Tam and our favourite interims.

The night continued in LKF, packed with nostalgia and visits to several old haunts. One class of 98’er commented, "it was great to know my HKIS buddies are still the same goofy kids I used to pal around with.”

A big thanks to the planning committee, Victor Apps, Mason Chenn, Queenie Mak, Emil Wong, and Jackie Yang, for bringing so many of us back together for such an epic weekend.

In the words of another class of 98’er: “Old friends. New conflicts. Stay tuned as the class of 1998 enter their sexy and still-relevant 21st season!”