Learning Chinese is an integral part of the HKIS experience.

At HKIS the Mandarin language program aims to develop the skills of our students based on their linguistic and cultural backgrounds. Whether this is a student’s first exposure to Mandarin or it is their first language, our two-track or stream approach caters to a wide variety of learners. Starting from Reception 2, students enter either the Near Natives Program or Mandarin as a Second Language. Both programs support and honor the HKIS position of offering Mandarin Chinese and Chinese Culture as an additional language rather than on a bilingual platform.

Our students represent a diverse range of linguistic and cultural backgrounds: From those for whom Mandarin is a near-native language; to those who speak a related Chinese dialect (typically Cantonese) and may have been educated in a Chinese curriculum school prior to coming to HKIS; to Korean and Japanese students who are familiar with Chinese-based orthography; to those for whom Mandarin is a wholly-learned new language (though not necessarily their second language). We have determined that a two-track (or “stream”) approach – with distinct curricula – is the best way to accommodating this variety of learners:
Mandarin as a Second Language (MSL) and Mandarin for Near-Native Speakers (MNN). Both streams support and honor the HKIS position of offering Mandarin as an additional language, though not on a bilingual platform.

Due to different needs of each stream, the MSL and the MNN streams embrace a separate set of standards, benchmarks and assessment tools in addition to a differentiated emphasis of oral proficiency and literacy. Placement of a student in one of the two streams is met through a collaborative effort between teacher recommendation, placement assessments, student interests and needs. 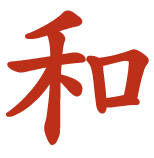 Students will gain an understanding of China and an appreciation of the Chinese Culture.